with Fourth Port events on the previous Saturday

This is the website of the Irvine Carters Society.

This web feature, set up in 2002 as a website by Past Captain Sandy Muir (Captain 1991-96; died 2015) and Carter Ian Dickson, now continues (at no cost) as an important local history resource curated within the website of Irvine Burns Club. Updated to 2022, further updating is not guaranteed.

The researches of Sandy Muir, assisted by Past Captain Andy Tremble, led to the first full record of Marymass Queens and Marys (in the Queen and Marys section) 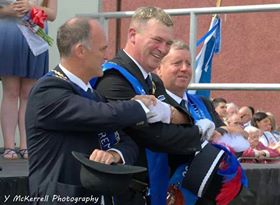 Irvine Carters Society was first formed for business and charitable purposes. Their history is as old as the Incorporated Trades of the Royal Burgh of Irvine. On the left, 2014 Captain Willie McColl with past Captains Andy Tremble and Danny Kerr. On the right, the 2014 queen & Marys. In 1753, 106 members subscribed to the 'Box' - this is said to have been the beginning of their charitable activities which continue to this day. 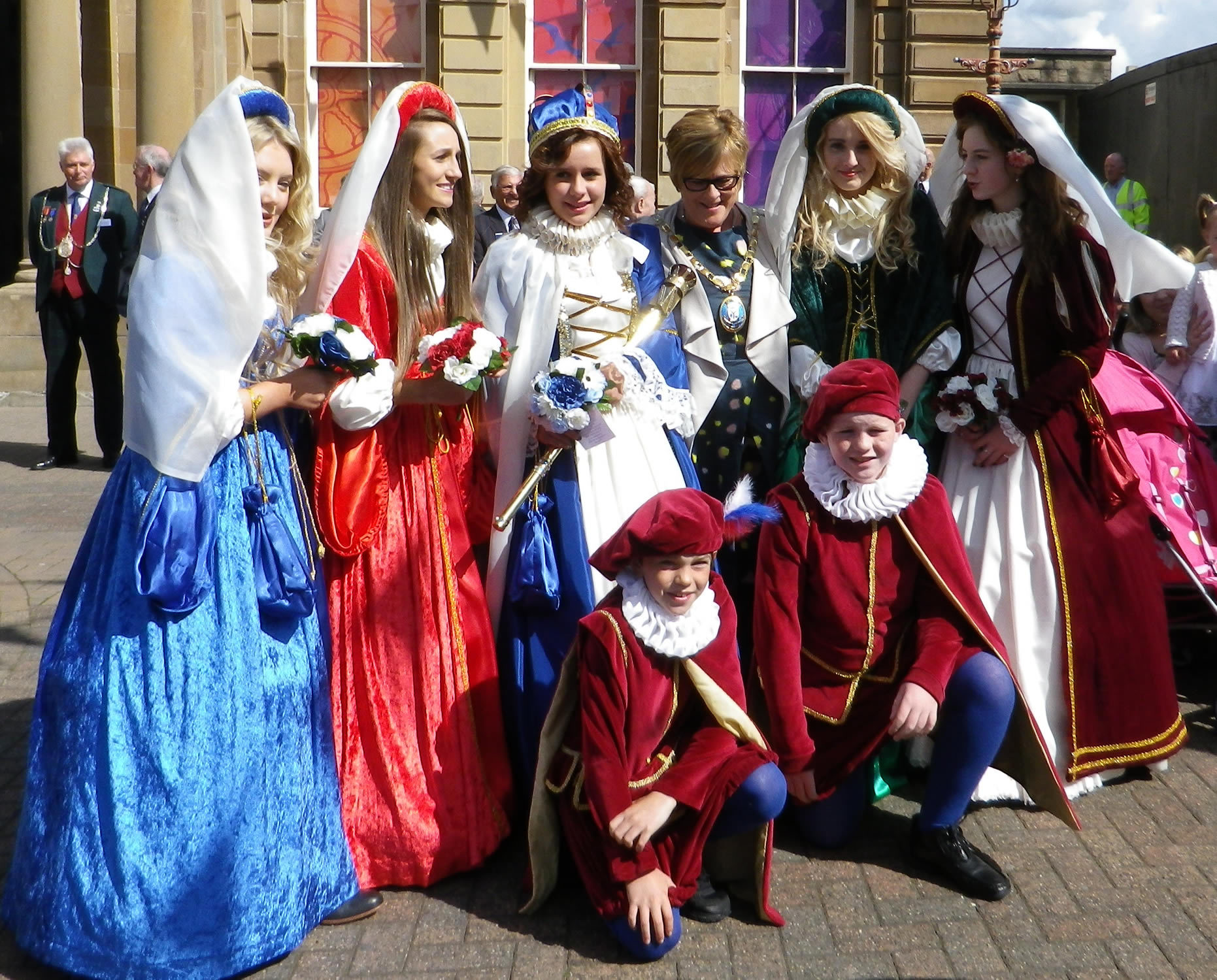 The Festival of Marymass dates back to the Middle Ages and the rich pageantry of this fair draws old Irvinites home in August each year. Visitors too come from all over to enjoy the atmosphere and are never disappointed.

Interest in this fair appeared to be flagging a little in the late 1920s and credit is given to the then Provost of the Royal Burgh of Irvine, Peter S Clark, for first proposing that a Marymass Queen be chosen and crowned as a part of the ceremony. A meeting took place with the Captain of the Carters, James Sloan and members of his Society and so it was that Miss Martha McHarg, a pupil from Bank Street Primary School, was chosen to be the very first Marymass Queen in 1928. This added greatly to the event. Four local girls were also chosen to be the Queen's four Marys - as it was in the days of Mary, Queen of Scots - and two young boys were chosen to act as pages.

Although, in the 1910s, the trade of horse carter was destined to disappear in an era of motor transport, the Carters' Society survived, and the annual Marymass fair has gone from strength to strength. Entering the 21st century, the Irvine Carters Society is the only surviving carters society. No motorised vehicles are allowed in the parade.

Marymass Saturday - The consumption of alcohol in public places is no longer permitted. This policy, introduced in 2007, makes Marymass Saturday more enjoyable for all those in attendance. There is a designated beer tent on Irvine Moor.

Past Captain Sandy Muir, who died in Feb. 2015. He had helped to organise 46 Marymass festivals. Captain Danny Kerr said "It's because of men like Sandy that its tradition is still alive today." Described by Brian Donohoe as a "friendly, likeable chap", Sandy did much of the information gathering for this website (its technical organiser enjoying many cups of tea in Sandy's company during the process of getting the content right).